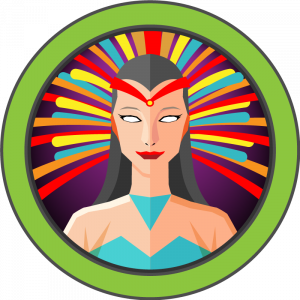 Today using Lame from HTB I will show you how to exploit SMB shares with null authentication. This is for SAMBA 3.0.20 and without the need for Metasploit.

Today using Lame from HTB I will show you how to exploit SMB shares with null authentication. This is for SAMBA 3.0.20 and without the need for Metasploit. This is a more ‘OSCP‘ styled post due to the box being listed as a recommended box for the OSCP journey. As someone who has been studying for the OSCP, I can confirm this is a great box to dip your feet into SMB null authenticate and SMB related exploits.

I would recommend reading on ‘Eternal Series SMB Exploit’ as there is a lot of variations. I would also recommend reviewing the GitHub repo below.

Now onto Lame from HTB; I start off every scan with an AutoRecon scan which I have mentioned on multiple posts.

‘AutoRecon is a multi-threaded network reconnaissance tool which performs automated enumeration of services. It is intended as a time-saving tool for use in CTFs and other penetration testing environments (e.g. OSCP). It may also be useful in real-world engagements.’

This essentially means if your just starting off in the security field I would highly recommend this tool. Running an AutoRecon scan shows me that SMB shares are available with null authentication. It also shows me it is for SAMBA 3.0.20.

I use CME and SMBClient to confirm what AutoRecon has pulled in. CrackMapExec (CME) is another program this should be a staple in your toolkit as it allows you to check multiple protocols: SMB/SSH/LDAP/WinRM/MSSQL with plenty of enumeration and bruteforce capabilities. The reason you will sometimes want to use multiple tools is CME though a good program can sometimes give bad (or no) results. Using multiple programs to confirm helps enforce this is your attack point.

CME confirming I have read/write to a folder. 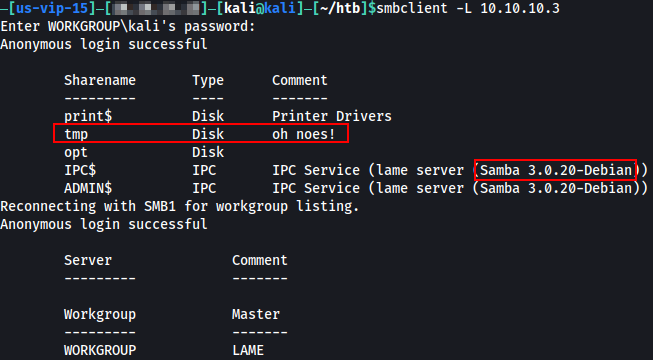 After confirming I use SMBClient to login as a null session and exploit the logon command to spawn a reverse shell:

Using SMB Client to login and exploit the logon command.

Using SMB Client to login and exploit the logon command.